Liam Foster strikes back at second NZ Formula First round 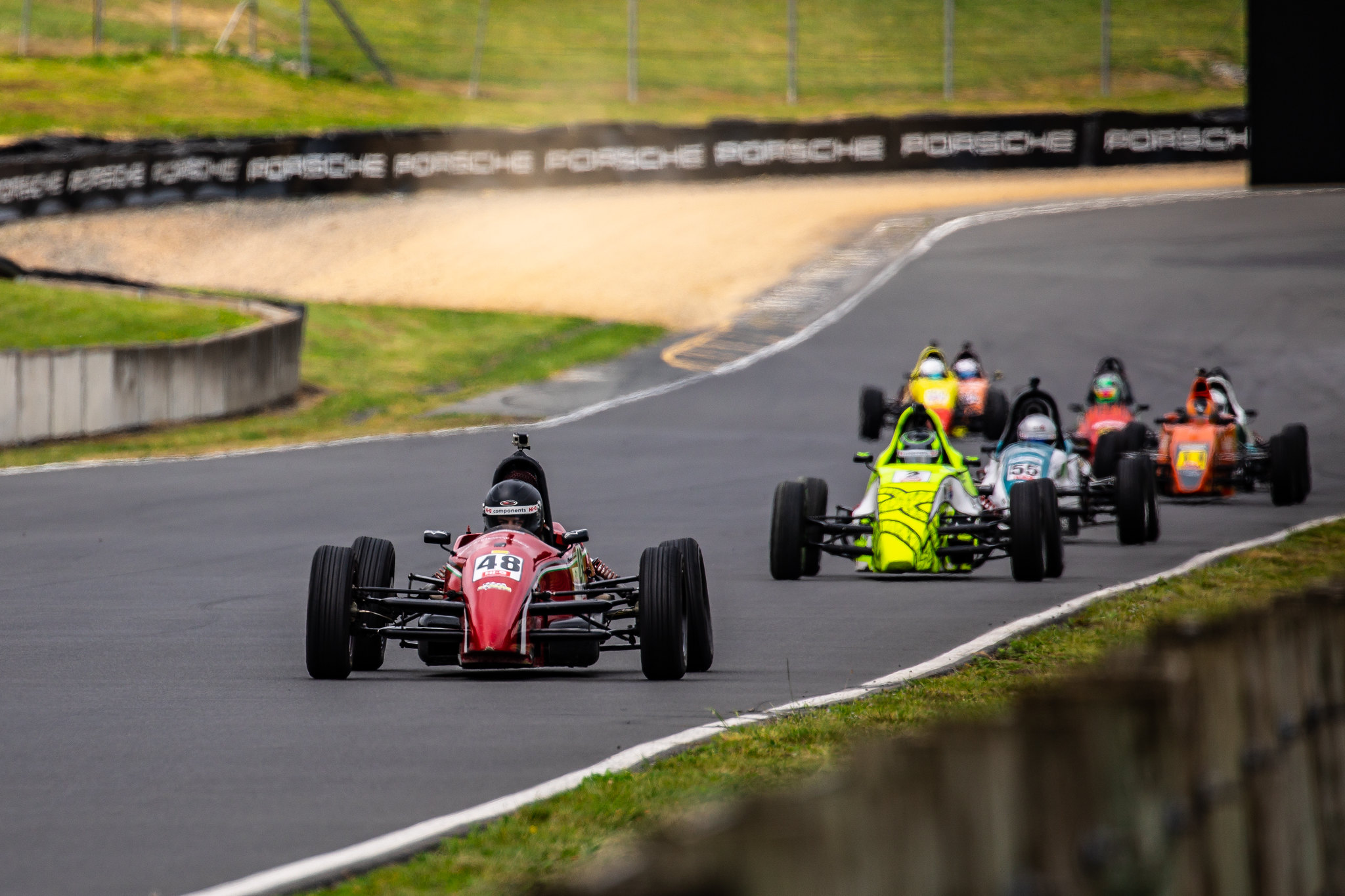 Liam Foster has struck at the back against early Hi-Q Components NZ Formula First Championship leader Chris Symon. Foster won the second round of the season at a changeable Hampton Downs on Saturday, etching him closer to the top of the points sheet.

A shortened one-day event meant qualifying and all three race would take place on Saturday, a challenge which was heightened thanks to worsening weather conditions.

Foster took the spoils in the opening race thanks to a late-race pass over Symon. Smith moved up two spots to finish on the podium in third while Sharp record his best ever result of fourth. Hayden Bakkerus, who set the fastest lap of the race, took fifth after Blincoe fell to sixth place.

The second of three eight-lap races were held in full wet conditions. Just as everyone was starting to get settled, Toby McCormack became unsettled and ended up beached in the gravel. The incident brought out the safety car for a brief one lap intervention.

The field quickly spread out and Symon built a small lead and crossed the line in first at the chequered flag. Leo Scott finished in second place ahead of Foster and Smith. Bakkerus came home fifth.

The final race of the weekend was held in drying conditions and it was Foster who had best chosen his setup for the race, taking a dominant win. Foster beat home Scott by over six-seconds, with Symon settling for third. Sharp recorded another strong fourth-place finish ahead of Bakkerus in fifth.

Foster’s double victory gave him the race win and moved him eight points closer to Symon in the championship. Scott moved up two spots to third place overall while Sharp made big gains on Blincoe in the rookie standings. Sharp now sits just 13-points from Blincoe who sits fourth overall.

“The quality of the racing overall was super impressive,” said Ian Foster, President of FVANZ.

“It was some very challenging conditions for all of our drivers and especially the rookies whose ability truly stood out. This year’s field is incredibly strong in terms of ability and the rookies are so close, it’s going to be a thrilling season.”

The next round of the championship takes place at Pukekohe Park for the Speed Works Christmas event on December 4-6.