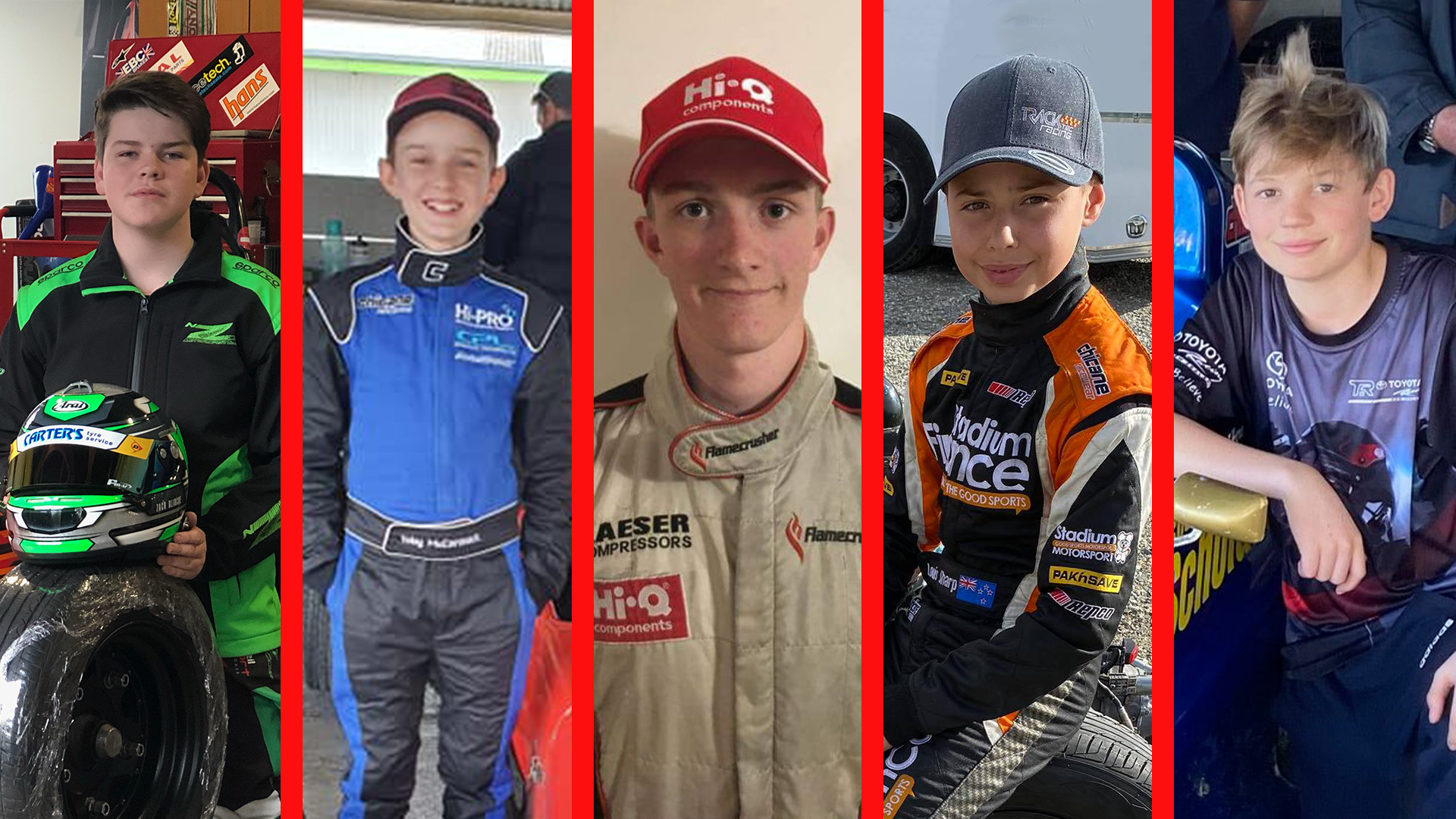 A seven-strong field of rookies will join the Hi-Q Components NZ Formula First Championship grid for the 2020-21 season. The season gets underway this weekend at Manfeild Circuit Chris Amon as part of the Manawatu Car Club’s OctoberFAST event.

The championship is renowned for developing young driving talents such as Bathurst 1000 winner Shane van Gisbergen, IndyCar champ Scott Dixon and many more international stars. The racing that comes about from 1200cc powered open-wheelers often produces finishing margins of less than a tenth of a second, making it the perfect breeding ground for hard and fast racing.

Already having a taste of Formula First success is 15-year-old Hayden Bakkerus from Auckland. Bakkerus won the Manfeild Winter Series precursor often used by rookies to gain race experience prior to the championship. He will race in the former championship-winning car of Bramwell King and Callum Crawley, most recently campaigned by Kyan Davie.

SpeedSport Scholarship winner Dylan Grant, 15, of Auckland will be looking to add his name to the list of international stars that have come from the scholarship program. Grant has had a strong karting career with a multitude of race wins at a national level.

Auckland’s Zach Blincoe, 14, will make his national championship debut in perhaps the most promising way. The current Mt Wellington Junior Rotax Club Champ will contest the season in the car which has won the latest two championships in the hands of Reece Hendl-Cox.

Karting sensation Louis Sharp, 13, will make the trip up from Christchurch to race the championship in the car campaigned by Asten Addy to the Rookie of the Year title last season. Sharp will race with Track Tec Racing as part of their ‘Accelerate to the Podium’ program.

Jenson Foster, 17, of Papatoetoe will make his first-ever foray into motorsport this weekend. Whilst he is yet to race himself, racing is in his blood with father, Ian, a former champion of the class and older brother, Liam, a current front runner.

Just turned 13-year-old Toby McCormack from Whitford, Auckland will make his national circuit racing debut after coming from a background in off-road racing. McCormack has already had some brief Formula First experience in the winter series and will be hoping he won’t be needing his off-road skills this weekend.

Aucklander Mason Potter, 14, will also be joining the grid from a background in karting.

All these young drivers will be fighting for the prestigious ‘Rookie of the Year’ title, awarded to the rookie who amasses the most points across the championship. Past winners include Scott Dixon, Shane van Gisbergen, Richie Stanaway, Nick Cassidy and Liam Lawson.

“Young drivers are a special part of our championship,” said Ian Foster, President of FVANZ.

“We have such a proud history of developing young talent into national and international champions.

“You only have to look back at the list of Rookie of the Year titles to see that Formula First is the proven best first step in any aspiring drivers career.”