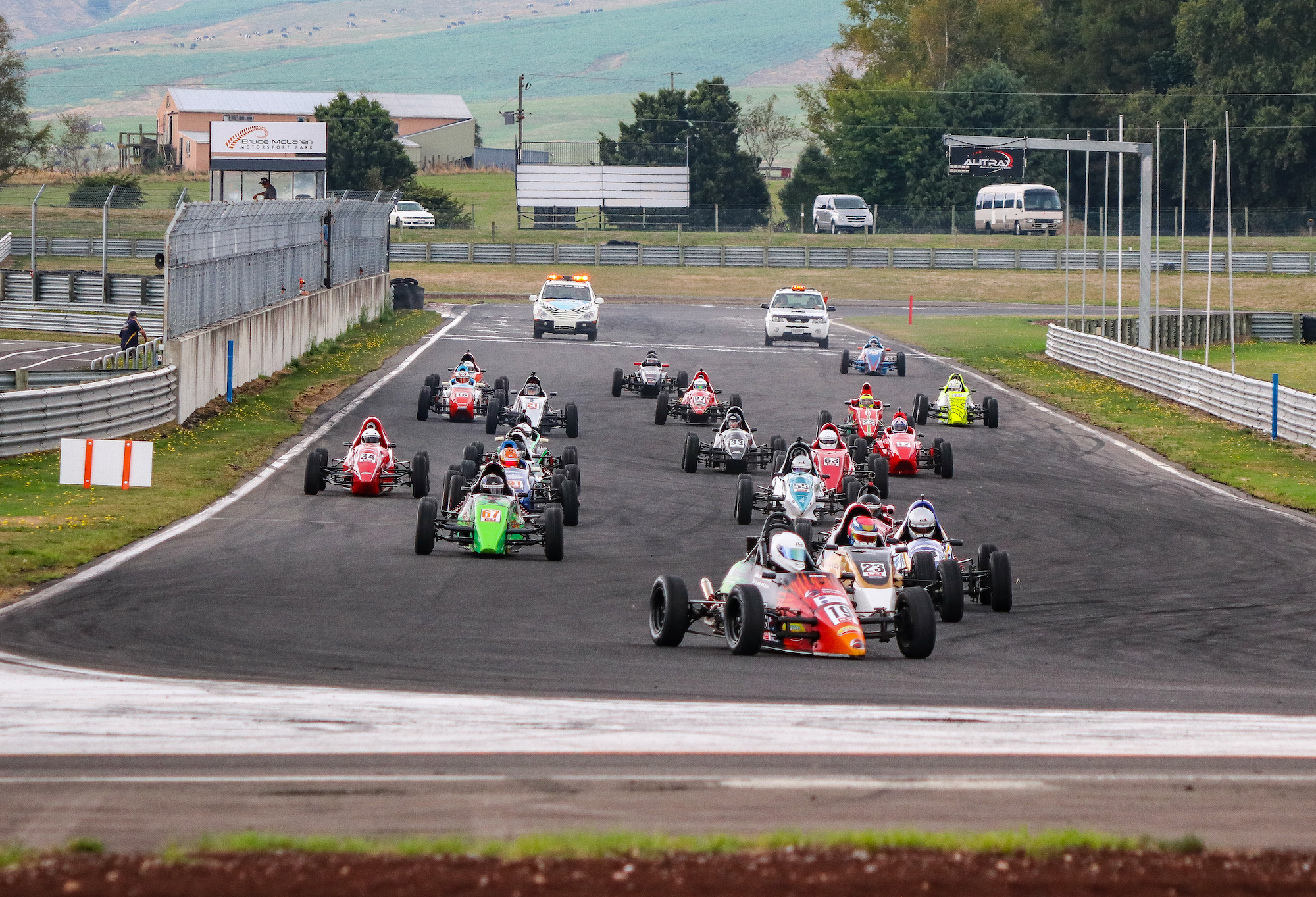 The Hi-Q Components NZ Formula First Championship takes off again this weekend at Bruce McLaren Motorsport Park for the fourth round of the 2019/20 season. A quick-fire one-day meeting at the central North Island meeting will see qualifying and all three races take place on Saturday.

Whilst Reece Hendl-Cox still holds the championship lead, Chris Symon was the last to strike taking the most recent race win and closing the points gap ever so slightly to 24-points. Sitting third overall in the points is Liam Foster who is looking for that elusive victory which he has come so close to in recent times.

Amy Smith comfortably holds fourth place in the standings ahead of Matthew McCutcheon who is the highest placed rookie. McCutcheon suffered a massive crash at the previous event at Pukekohe Park but luckily he sustained no injuries and was able to compete in the next race in a different car. Luckily the crash happened as he crossed the finish line so he collected points that help him retake the rookie of the year lead.

Bruce McLaren Motorsport Park played host to the championship finale last season where Hendl-Cox took all three race wins on his way to a dominant championship win. The Taupō circuit has also seen success for both Symon and Foster in the past which will make for some exciting racing.

The tight, twisty and technical nature of the track will prove a challenge for our rookie drivers, but one which has seen many rise to the occasion before and claim breakthrough victories.

Formula First TV will be active across the weekend bringing you all the news from the racing on our Facebook page.